OMG.. Ramadhan’s Breakfasting Favorite recipe?
i barely cook nowadays. in fact, i’m not fasting due breastfeeding (plus my baby is sick, so she drink twice as usual) and my husband not fasting too due his health. so, what am i going to write? *is panic*

so, my ramadhan’s brakfasting menu are so simple. dates and hot tea. that’s all. that’s why i kinda confuse if i must write a recipe here. maybe i could share one of my favorite date menu: Cheese Dates! or Dates Cheese? 😛

all you need are dates, cheese (you can use cheddar or parmesan, or maybe mozzarella?) and margarine.

First I want to say Happy Fasting to all my friends that read my blog. May Allah grant us strength to do this until Ramadhan end. Amien.

Today EF’s topic is about mudik. Mudik? What is Mudik? Mudik is an activity going back to the hometown. So if you’re married or working and live outside your hometown, when you are going back, it was called Mudik. If I put “Mudik” on google translate, the result is “Homecoming”.

And I’m not going home. Because I was born, grow and old here in Surabaya. Most of my family from my father’s side is in Surabaya. But actually I have another hometown, at Banjarmasin, South Kalimantan. My mother was born there, but I barely go there. I really want to go, but the ticket is so expensive due Ied Mubarak T_T and if I go there, it’s not enough if I have only 4 days off from my workplace. Last time I went Banjarmasin was for a month. At least, 2 weeks are enough 😛

I’m not preparing anything, because I’ll spend Ied Mubarak at Surabaya. So, where will you go at this year’s Ied Mubarak holiday?

But there is one anime that I always love (and hate too) back when i was in Elementary School: Sailor Moon XD

Sailor Moon is a manga (comic) made by Naoko Takeuchi-sensei. It’s a shoujo manga, a manga for girls. We use to call it “Serial Cantik” in Indonesia. It’s about love, friendship, and fashions.

Eh chan? You said that you love this comic, and hate too. Why? Umm. I love Sailor moon because of the story. It’s funny, sometimes heroic, but I hate Usagi because she is too weak >_< well, she is kind, love her friends so much, believe in others. But seriously, I dislike that Usagi-kind of girl: so weak that I want to scream to her “oh c’mon Usagi. Get a grip. The world would not end just because Mamoru leave you”. Like that 😛 Unfortunately that kind of girl are usually easy to get friends and boyfriend XD and I envy XD *smacked myself*

So, who is my favorite character at Sailor Moon? She is Makoto Kino or Sailor Jupiter. Makoto is a tough girl, yet have a melancholy side. Tough yet soft-hearted. She could defend herself, yet her dream is to be a florist. >///< and I love her boots when she became Sailor Jupiter. That’s it.

That’s it? Only that? Hahahahahaha…

Actually I have another favorite character and it’s from shonen manga, a manga for boys. It’s Ryo Saeba from City Hunter made by Tsukasa Hojo-sensei. Yes, that perverted detective, I know. Although he’s pervert and often to tease other woman, but his heart is belong to one woman: Kaori. And it broke my heart when Kaori died T__T

That’s my favorite character when I was in Elementary School. How about now? I still can’t move on from Portgas D Ace from One Piece. Back then when I watched the episode when Ace sacrificed himself to save Luffy, I cried for almost one month. I can’t believe that Ace died. It’s totally broke my heart T__T

Okay. I will stop my babbling about my favorite anime characters here. And if you want to share about your favorite anime/cartoons characters, you may join this week challenge on blog English Club.

Seriously, I’m not a fashion blogger or fashion hijab girl. I’m just a mere woman with casual fashion style. But this morning I feel like “ I need to dress up a bit”. So here’s my OOTD!

If you could notice it, yes, there’s no brand in my outfit (except my watch) XD because I’m not a brand-minded person. Hehehe 😛

So what’s my daily outfit then? Tada‼ 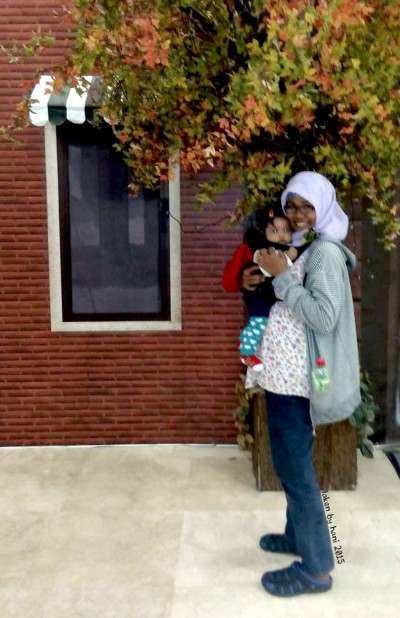 Yes, I wear hijab, T-Shirt, jacket, and that slippers everyday. And that’s my work outfit too XD So casual isn’t it? The best part is my boss never complaint about my daily outfit. The reason why I wear skirt is only because I ran out of jeans XD

So, what is your outfit of the day?

Last year, Surabaya became famous because of our beloved Major, Bu Risma. She transformed Surabaya into a city with “thousand” parks. We have a lot of parks in Surabaya. There are Taman Pelangi, Taman Paliatif, Taman Korea, Taman Apsari, Taman Lansia, Taman Prestasi, and of course our iconic park: Taman Bungkul. But I’m not writing about those parks, I will write about Kebun Bibit 2, Surabaya.

This place is awesome! There’s a lake inside with a dock, beautiful flowers, animals and interesting spots for selfie/wefie. And I can’t describe how beautiful this place is. So I let those pictures tell the story by itself. 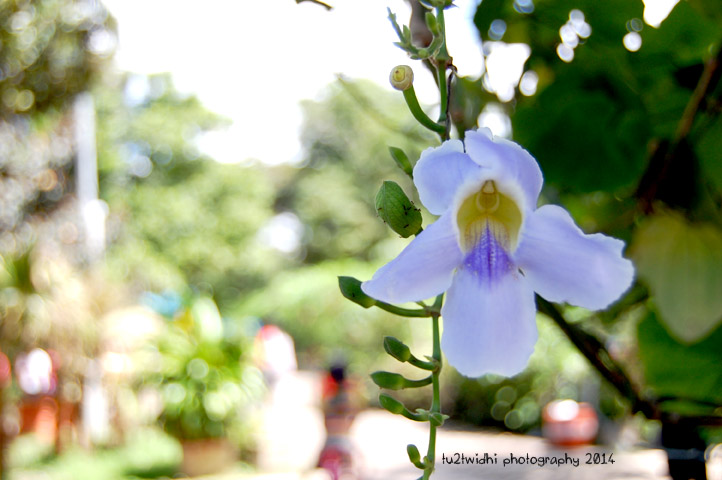 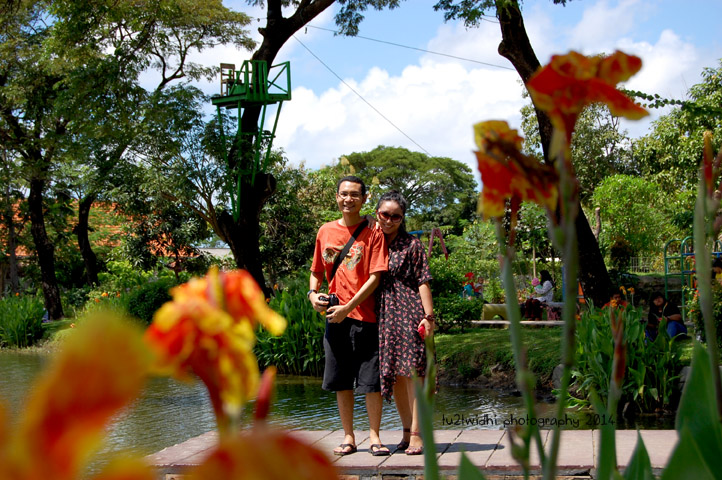 Thank you Vicky and Fahmi for asking me join to Kebun Bibit. And yes, they are my model 😛

Yes. I’m late. it supposed to be post yesterday, but I was struggling with my internet connection this week 😛 so here is my late English Friday post *big grin* and I love this week theme because I love photography and I have a lot of pictures to share.

Those pictures were taken on Sunday, May 4th, 2014. And sorry, I can’t post one picture, because it such a waste to put only one 😛

what am i thinking about